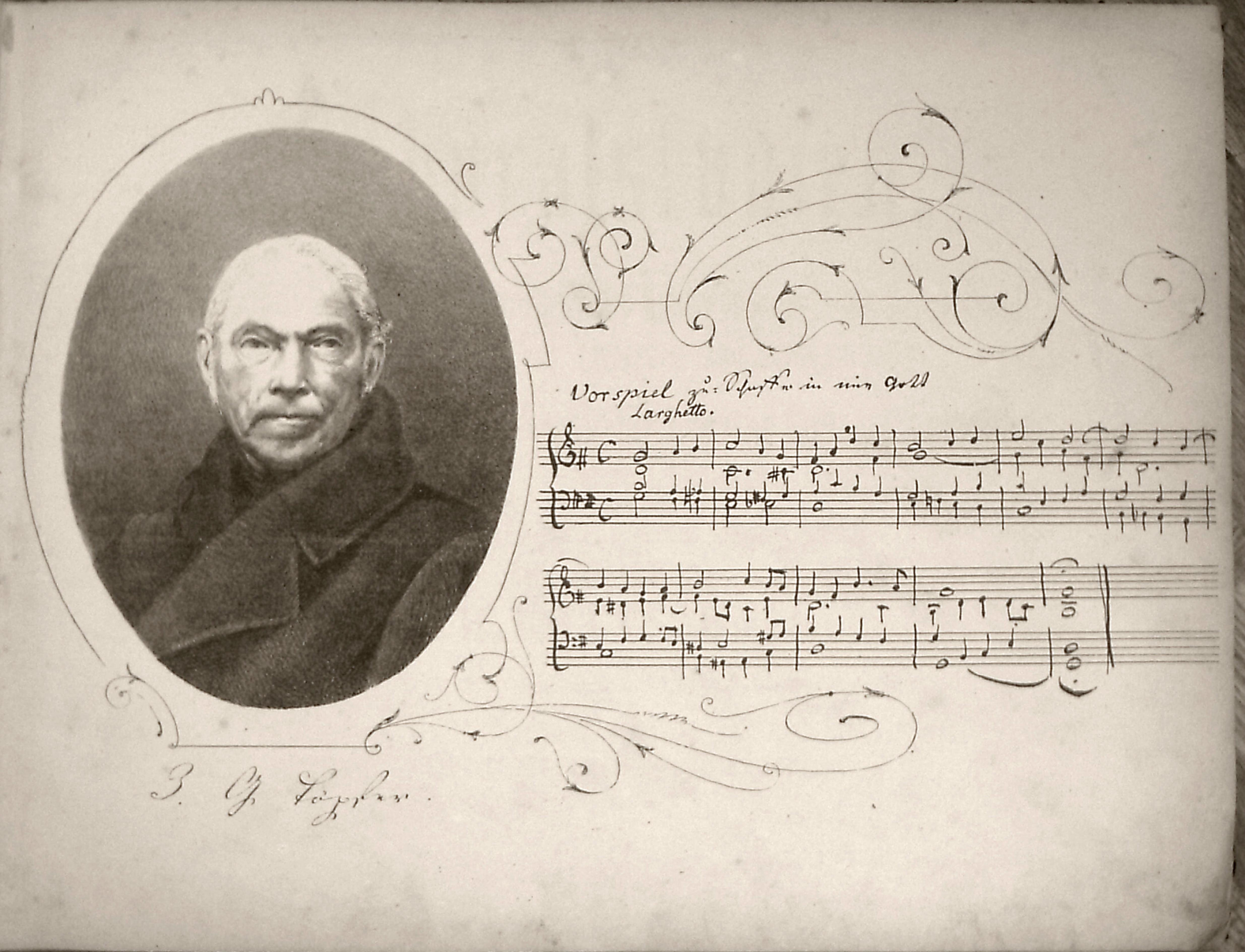 Johann Gottlob Töpfer (1791–1870) was a German organ theorist, advisor, organist, teacher and composer. He was born 4th December 1791 in Niederroßla, and died 8th June 1870 in Weimar. Between 1804 and 1808 Töpfer attended the Wilhelm-Ernst-Gymnasium school at Weimar. In 1830 he was appointed organist at the city church of Saint Peter and Paul at Weimar. He held this post until his death, despite attempting to resign in 1844 because of unreasonable conditions; he withdrew his request later. Töpfer was respected by his contemporaries as a virtuoso and organ expert. He enjoyed a relationship of mutual respect with Franz Liszt amongst others.

As a composer he left over 400 works, mostly chorale preludes for the organ. His historical legacy is however his writing on the construction of organs. His definition of a Normalmensur is still used today as a basic reference-point for calculation and description of the scaling of organ pipes. Töpfer's publications in 1833, 1843, and 1855 were widely influential because they appeared at a time when the French and English organ makers were open to new, foreign ideas, and they gave full details of pipe scales, wind chambers, pallets, bellows and action.